The World Citizens’ Tribunal: Registration for Internet Jury has started.

Now express your judgment as a jury -->Here
When a court does not carry out its role, rectifying such a mal-functioning court is the role of each single citizen, who can preserve the “the last bastion of true human rights.” This was the aim of the Fukushima Children Collective Evacuation Trial.
On February 26, 2012, the World Citizens’ Tribunal is going to be covered live with simultaneous translation to rectify the judicial mal practice, which was embodied in the December 16, 2011 dismissal against the claim for Fukushima children’s collective evacuation right.
For the World Citizens’ Tribunal, citizens of the world are the main players. Any citizens in the world are invited to examine what took place in Fukushima Children Collective Evacuation Trial with their own eyes and mind and to bring judgment of their own. Such judgment shall give an enormous impact on the court, and shall even give a guidance to the right direction for the court.
The Tribunal welcomes as many citizens as possible as an internet jury who can bring justice of their own to “help rectifying today’ s society through citizens”.
On February 26, when the World Citizens’ Tribunal is ended, there will be some fields on the webpage for each jury person to fill in for his/her judgment.
Please register yourself in advance to act as a jury member. Each single person’s action can support the Trial, which will lead to a rebuilding of our society and to protection of children’s future.
The following are the procedures to take part in the Tribunal as an internet jury.
1. Put a check mark on Support Box at the end of comment column to designate your participation to the World Citizens’ Tribunal.
2. Please write, “I would like to register myself as an internet jury.” In the comment box below.
3. You can also make a pre-registration through Facebook. Please go to Facebook
4. You can also make a pre-registration through Twitter. Please go to Twitter
(Only those who have google account or have own blog can fill in the comment box.) 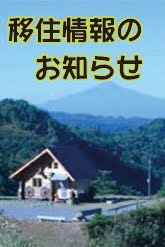